Note: This section describes Gryphon’s integration with Xcode, which is not available on Linux and Docker. To translate an iOS app’s logic code without Xcode, make sure it can be compiled without the iOS SDK, then translate it using the command line interface.

Create a folder called MyAwesomeApp. This is the folder where we’ll put our new iOS and Android apps.

Create the iOS project by opening Xcode and going to File > New > Project in the menu (or pressing “⌘ + ⇧ + N”). Choose iOS > App and click Next. 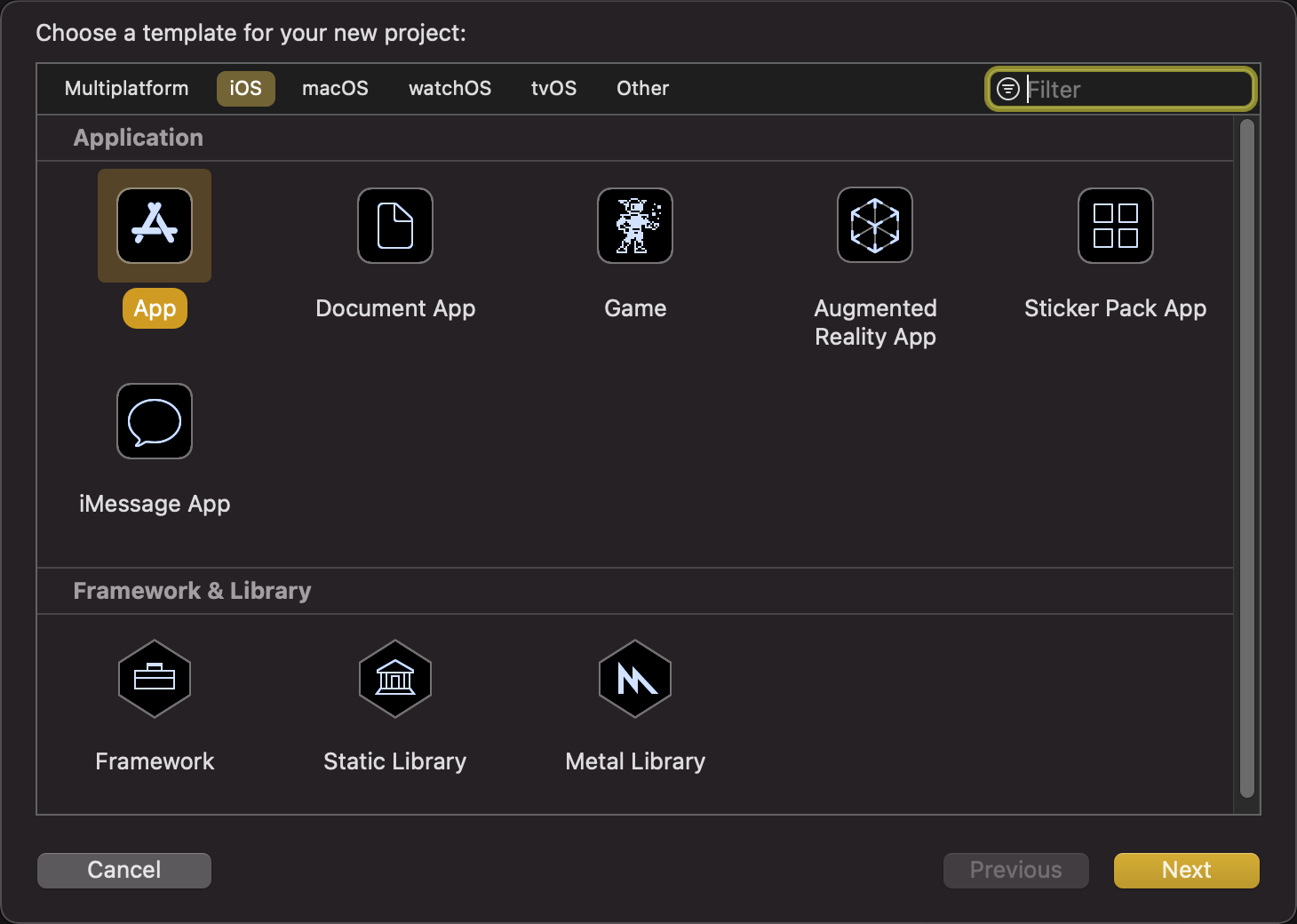 Call it MyAwesomeiOSApp in the Product Name field and make sure the Language is set to Swift. Then click Next. 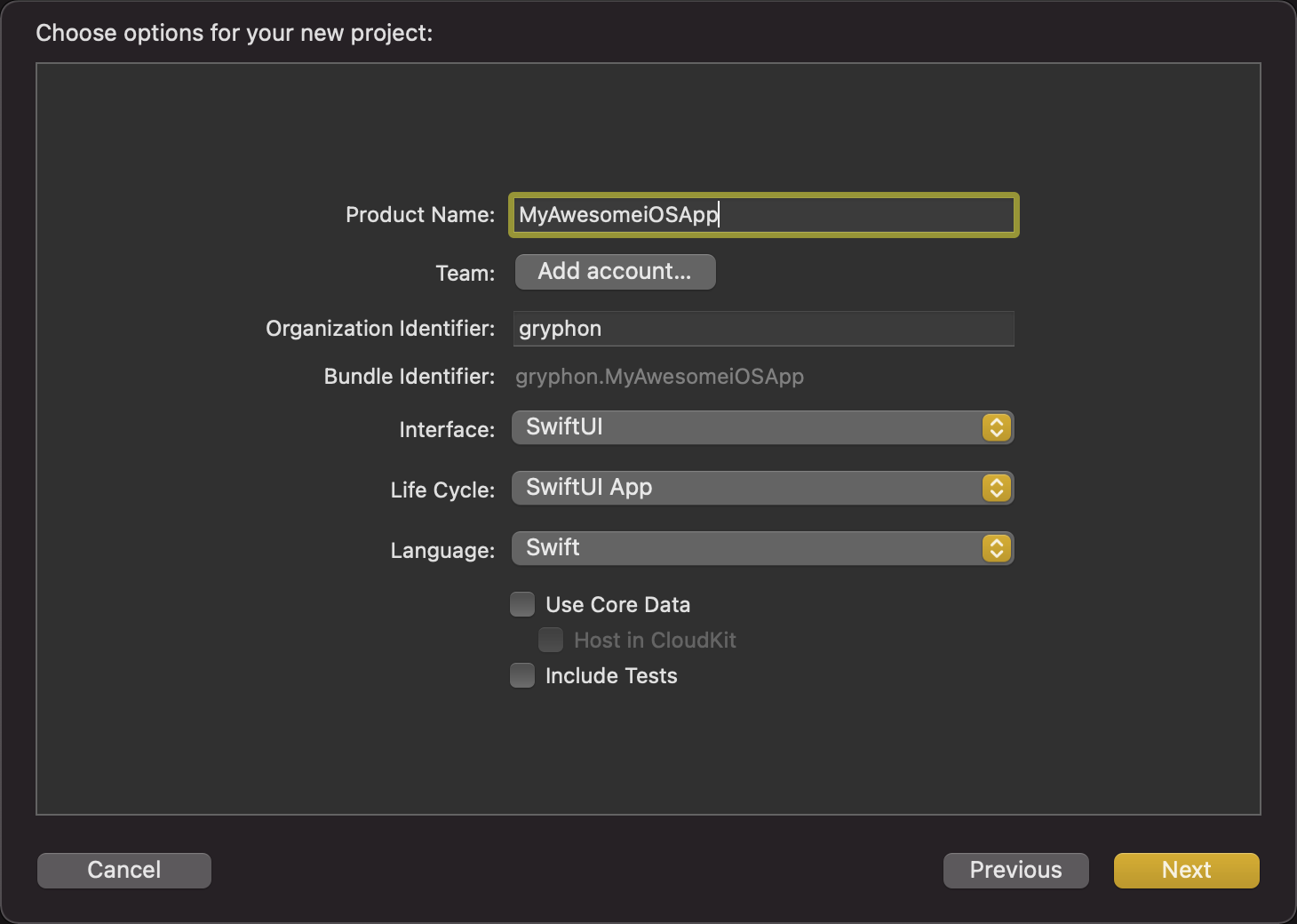 Navigate to the MyAwesomeApp folder you created at the beginning of this step and click Create. 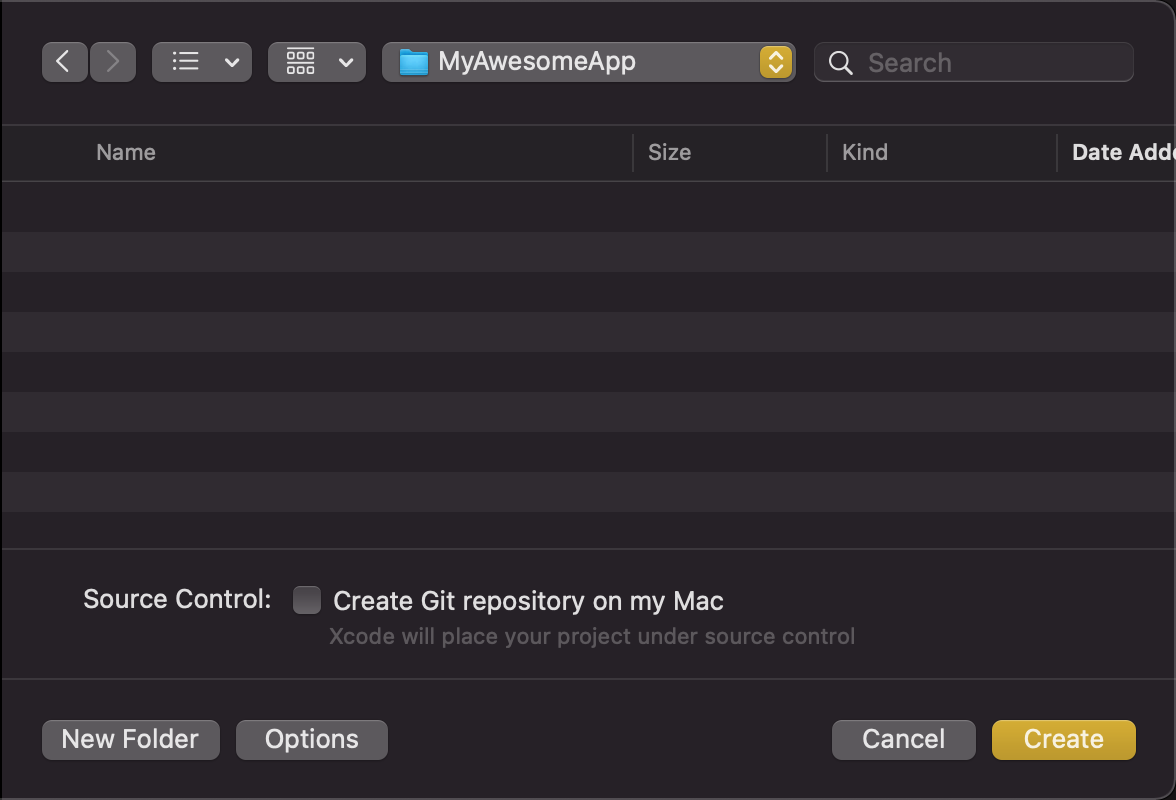 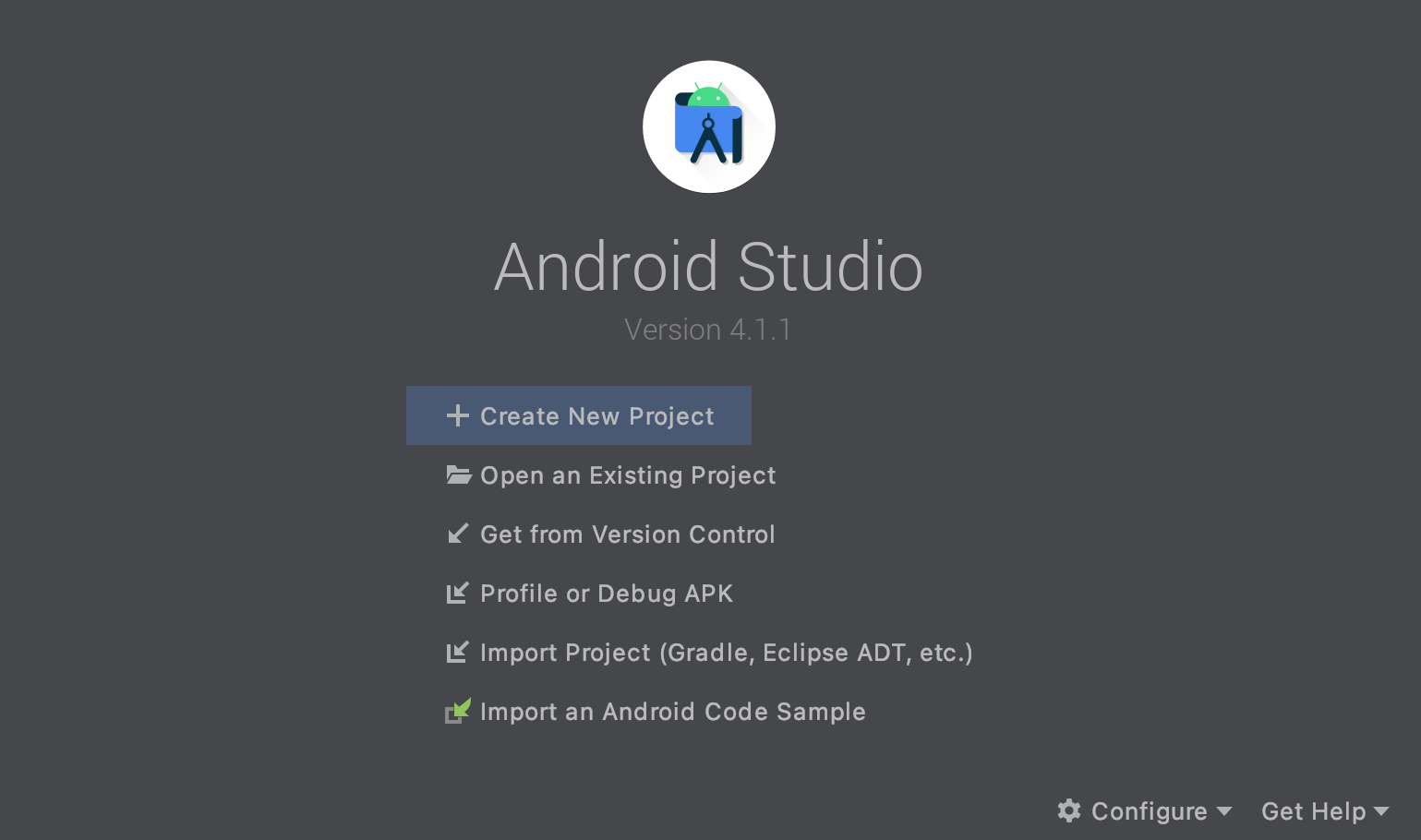 Choose Phone and Tablet and Empty Activity, then click Next. 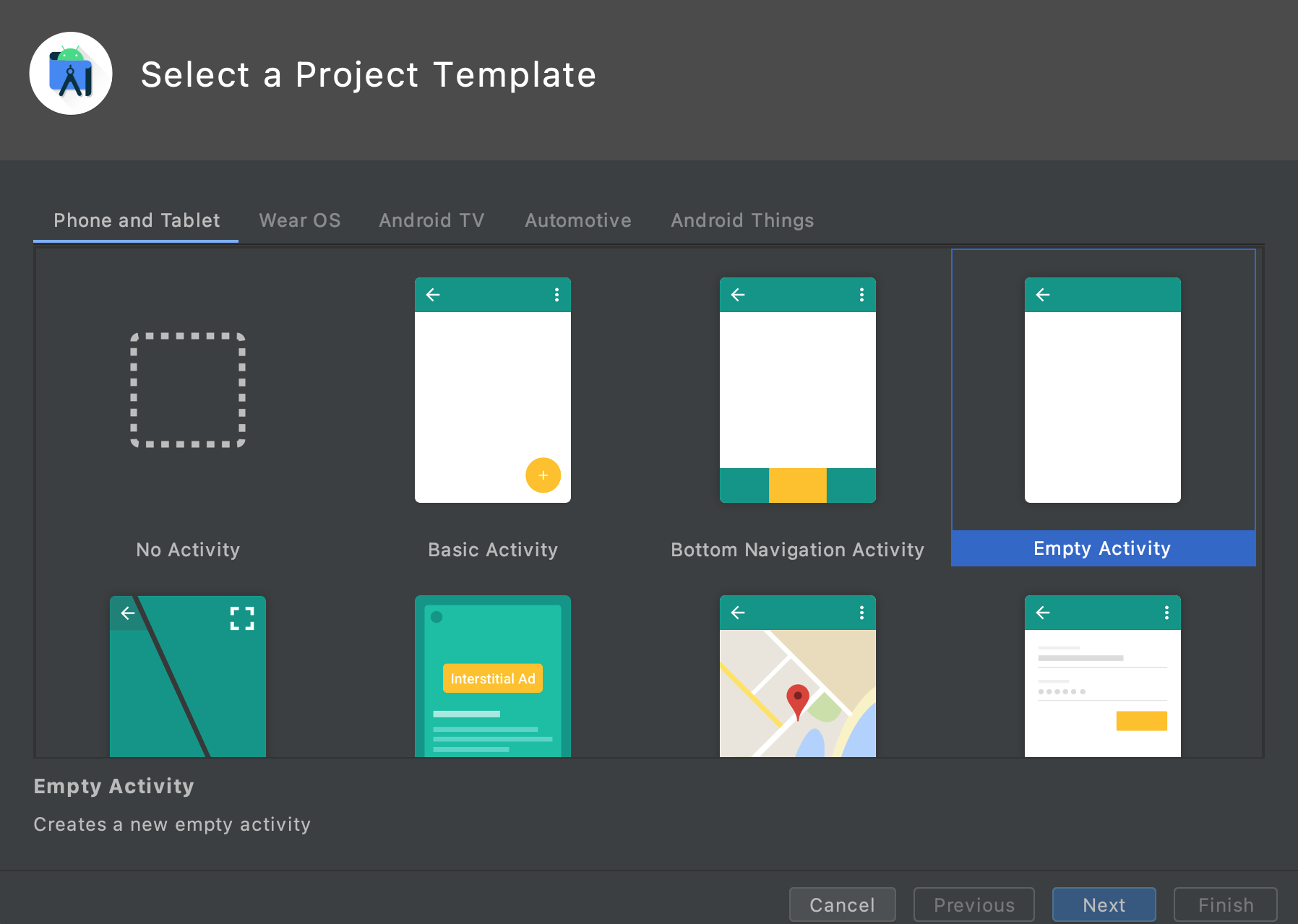 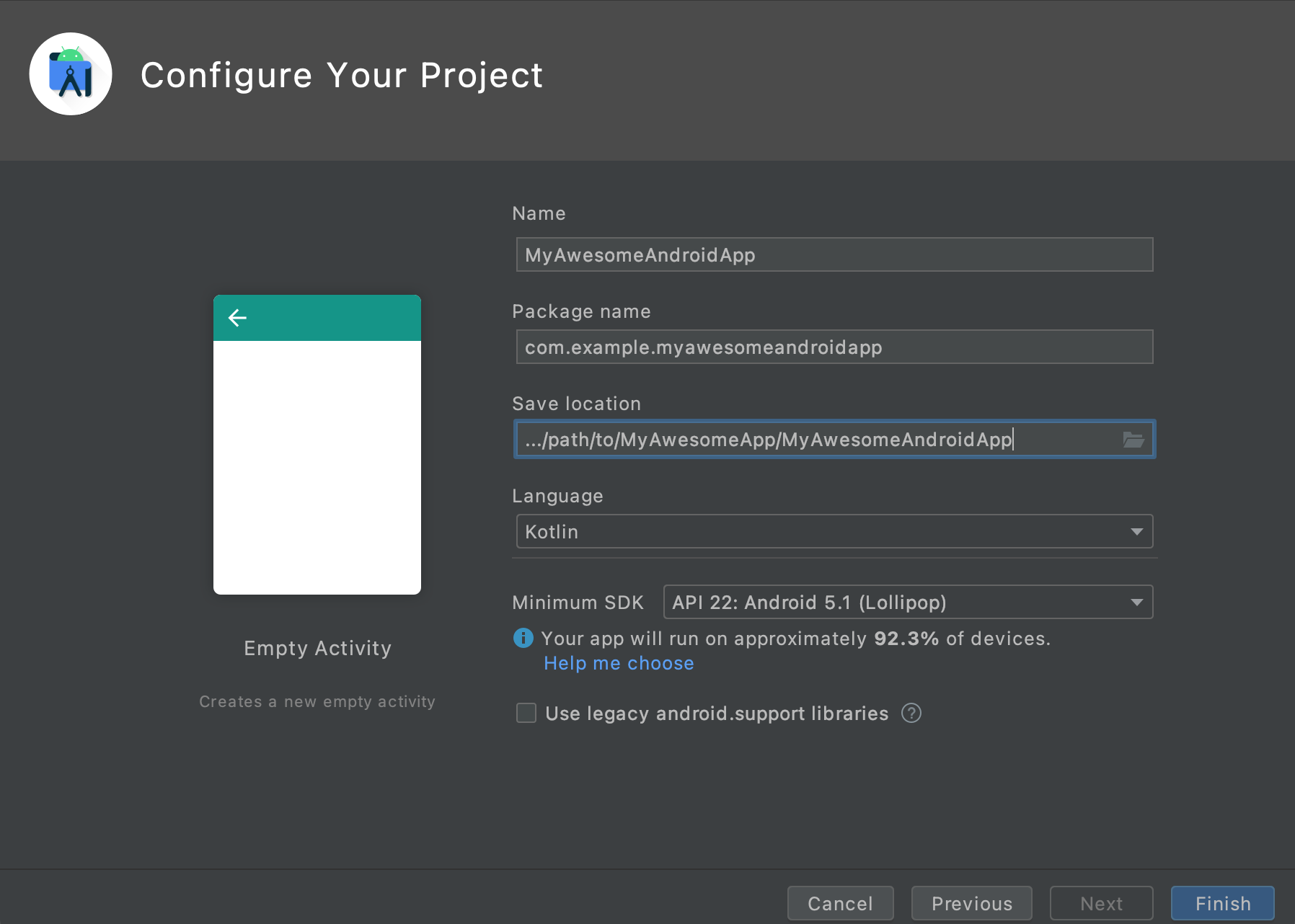 On the terminal, navigate to the MyAwesomeiOSApp folder and initialize Gryphon:

This command tells Gryphon to set up to translate Swift files in the iOS app. It also configures the integration with the Xcode project, which we’ll use in the next steps.

Step 4: Add a file to translate

If you open the Xcode project, you’ll see we already have a few Swift files. These files contain iOS-only code. Let’s add a new file to share with Android. 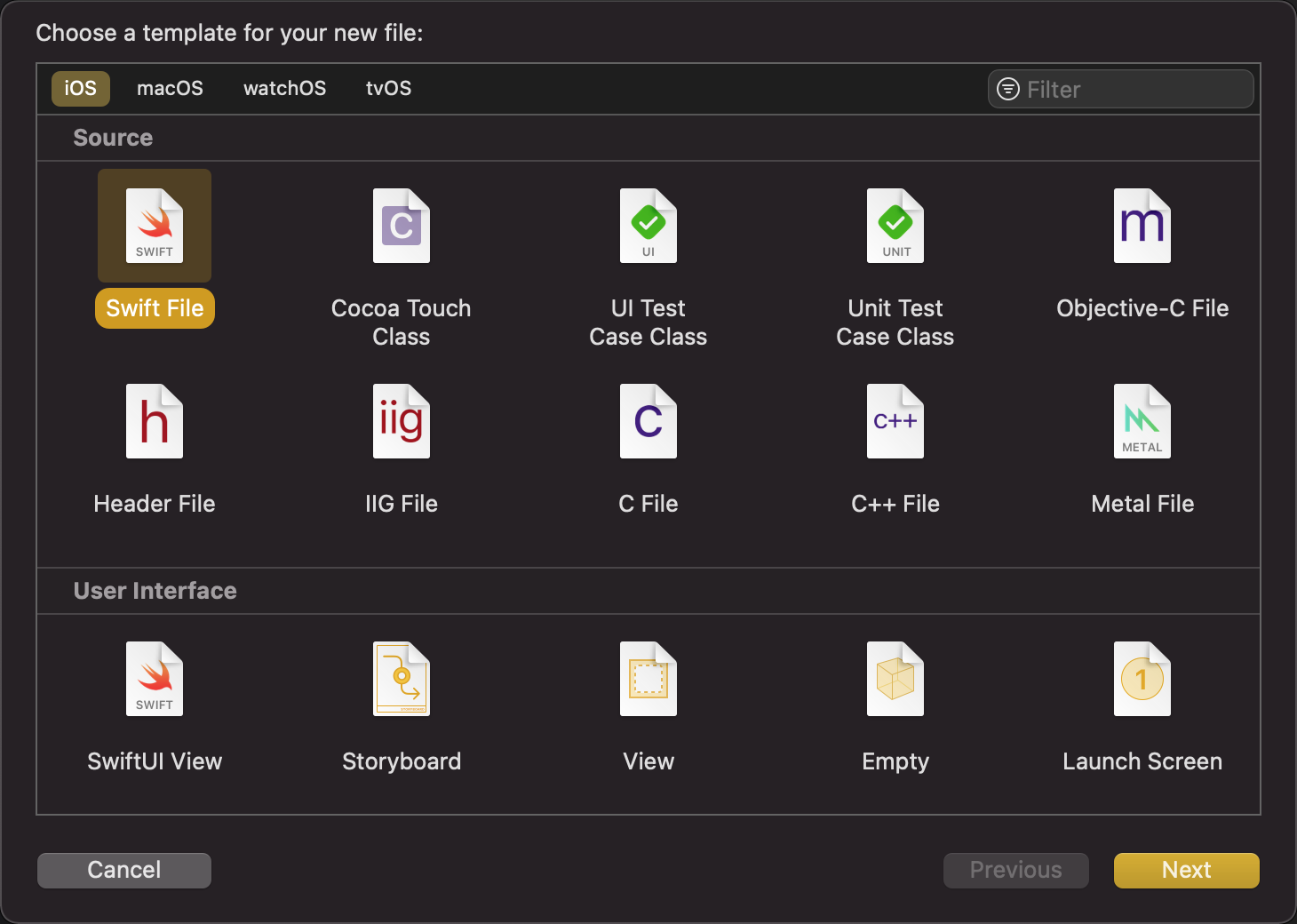 Replace its contents with the following code:

Notice the // gryphon insert comment at the top. It adds the "package com.example.myawesomeandroidapp" line to the translated Kotlin file, which tells Android to include the file when building the app. This type of comment that lets us manually change the output code is called a translation comment; you can learn more about it here.

Next, we have to include the new Model.swift file in the list of files that we’ll share with Android. Gryphon looks for this list in a file called gryphonInputFiles.xcfilelist that was created in the MyAwesomeiOSApp folder. This list should contain all of the files to be translated, one in each line. For now, it’s empty. Let’s add the path to our Model file:

Now open Xcode again. There should be a target called Gryphon. Switch to that target and hit build (⌘ + B).

Gryphon translates the code successfully, but it raises a warning - we didn’t tell it where to put the translated code. Do that by adding the following comment to Model.swift:

Now, hit build again (⌘ + B) to translate the code. The new Model.kt file should show up in Android Studio, and both apps should compile the new code successfully.